The Town Hall clock tower stands 280ft tall over Manchester; its four faces have kept time for our city since New Year’s Day 1879. An inscription on the three faces that are visible from Albert Square reads "Teach us to number our Days."

Behind those faces, towards the top of a 173-step staircase, the clock mechanism is an exceptional piece of engineering. Made by Gillet and Bland, experts say it would have been “the Rolls Royce of clocks” in its day, as it features a particularly fine ‘escapement’ (the bit that maintains the swing of the pendulum, allowing the clock’s wheels to turn with each swing, moving the clock’s hands forward.) It remains one of the most important time-pieces in the UK.

The clock chimes, that Mancunians hear so often, are sounded by some of the 24 bells in the tower; the huge ‘Hour Bell’ weighs over 8 tons. Right at the very top of the tower, it’s called Great Abel, after Abel Heywood, the Mayor at the time of the official Town Hall opening.

Works to the clock

Thursday 25 June 2020: we'll be live on Facebook at 12noon to capture the chimes, before they fall silent.

Because we’ll have colleagues working on the scaffolding over the roofs and up the tower, we need to swap the clock’s controls from the mechanical system that drives the chimes and the clock hands, to a remote electrical source that will only power the hands. The faces will continue to tell Mancunians the right time, but we won’t hear the chimes for a while: we need to protect our colleagues’ ears from Great Abel.

A key heritage aspect of the Our Town Hall Project, the restoration of the clock will see it removed from the building for some time, only returning once the tower works have been completed and the clock’s precision tested at length. We’ll be following its progress closely with plenty of photographs, film clips and interviews with the experts.

When will it be back?

The return of our clock to its rightful home will be a cause for great celebration, and we’ll welcome it back towards the end of the Our Town Hall Project, with peals of the bells and a ceremonial “setting it going again” event. 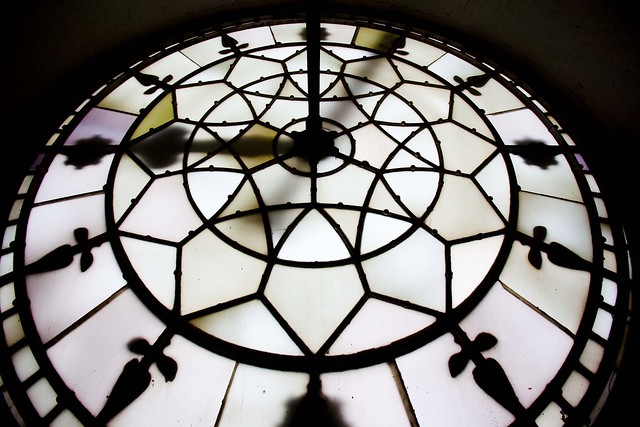